Although LinkedIn is a good platform to make connections, it remains difficult to develop a meaningful relationship with those connections online. There is no easy way for users to meet people outside of their existing network.

In order to validate my assumptions about professional networking, I created and distributed an online survey to 31 respondents.

52% of participants prefer online networking and use LinkedIn to network

To determine the best solution, I explored other online platforms that allow users to professionally network and meet new people. I focused my analysis on how each company encourages users to meet new people.

I condensed the information I gathered from my survey into personas. 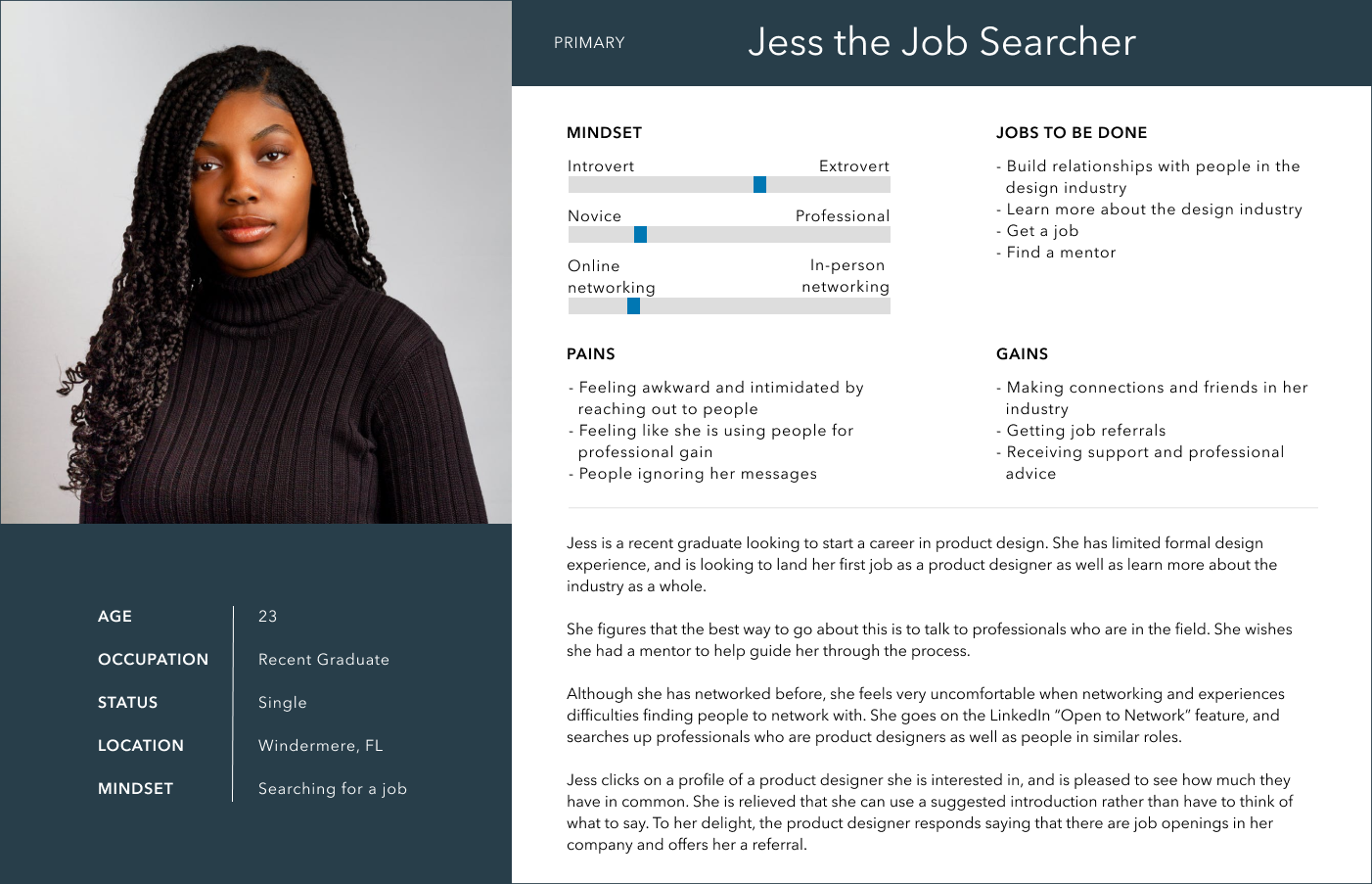 The following are the paths a user could take to network with someone on LinkedIn using this new feature.

In order to further visualize the flow of the feature, I created sketches of the key screens. 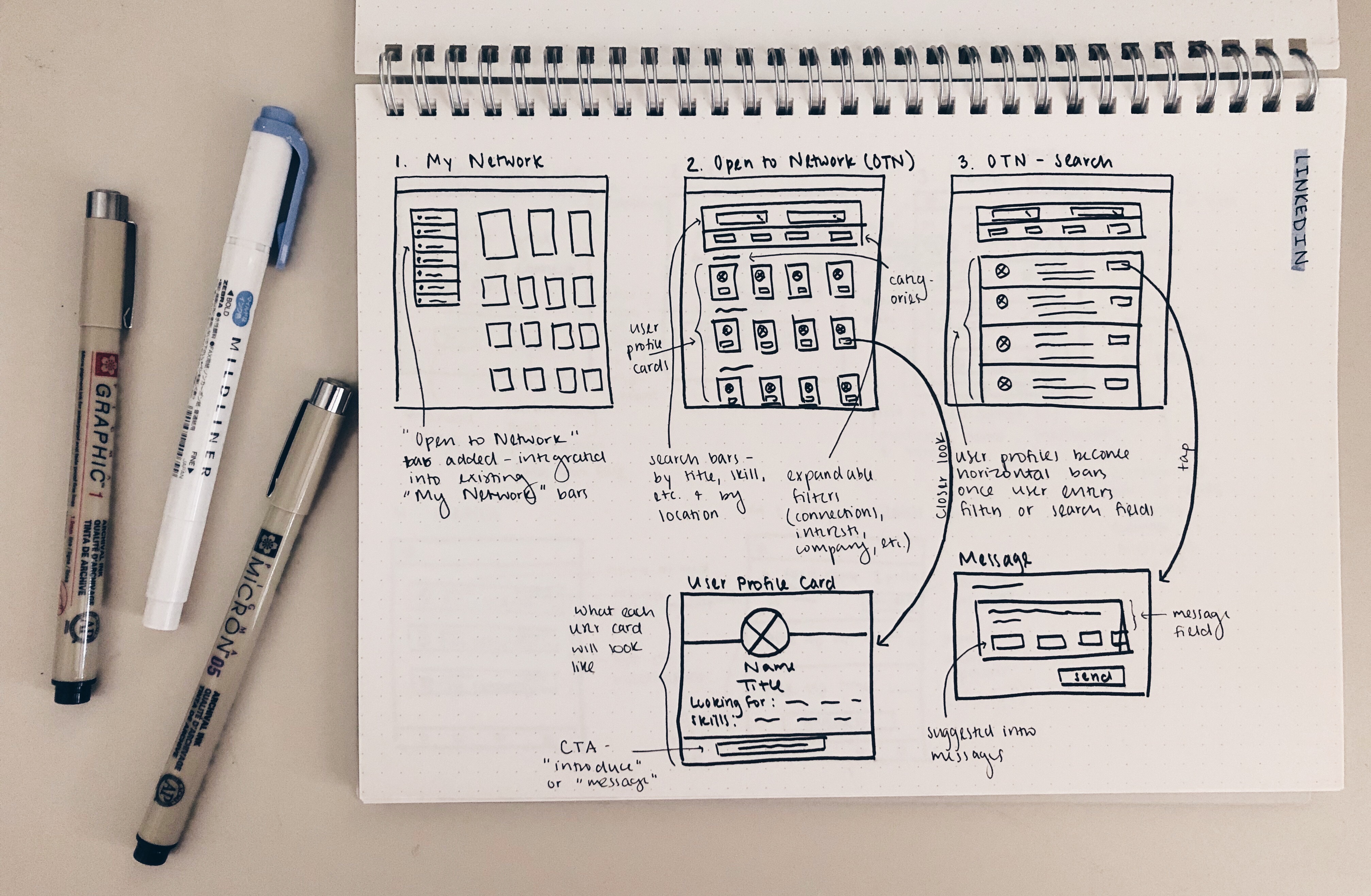 I designed and embed the feature's pages and components into the current LinkedIn desktop website.

The Open to Network page displays the profiles of users who are looking to network. Users are able to see what kind of networking others are interested in, as well as any skills they may share. Users who are open to mentor will have an "Available to mentor" badge on their profiles. Suggested introductions are provided in order to ease the discomfort of networking. 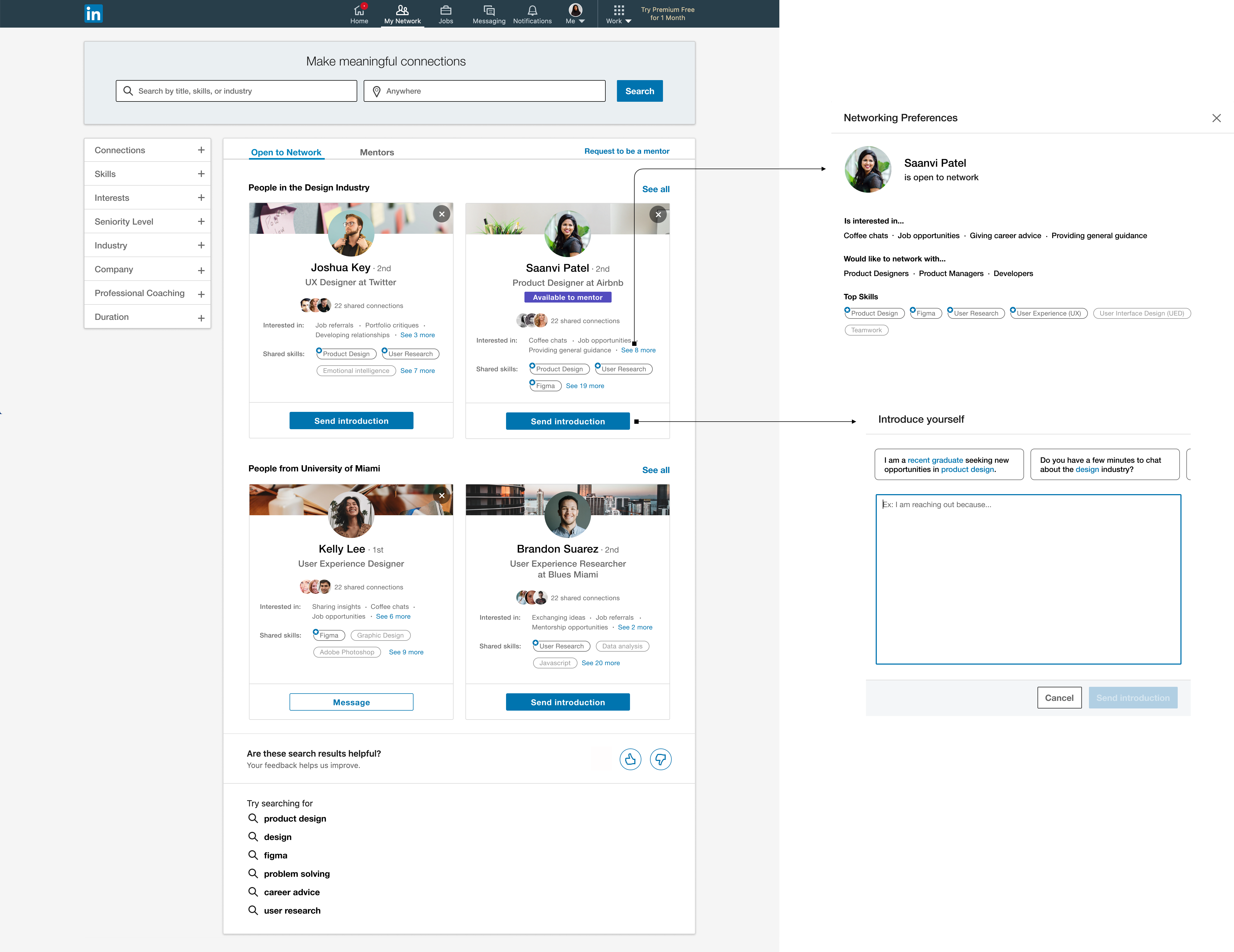 Networking preferences will be incorporated into user profiles. The red markings indicate the changes that have been made to a user profile once they indicate they are open to network. 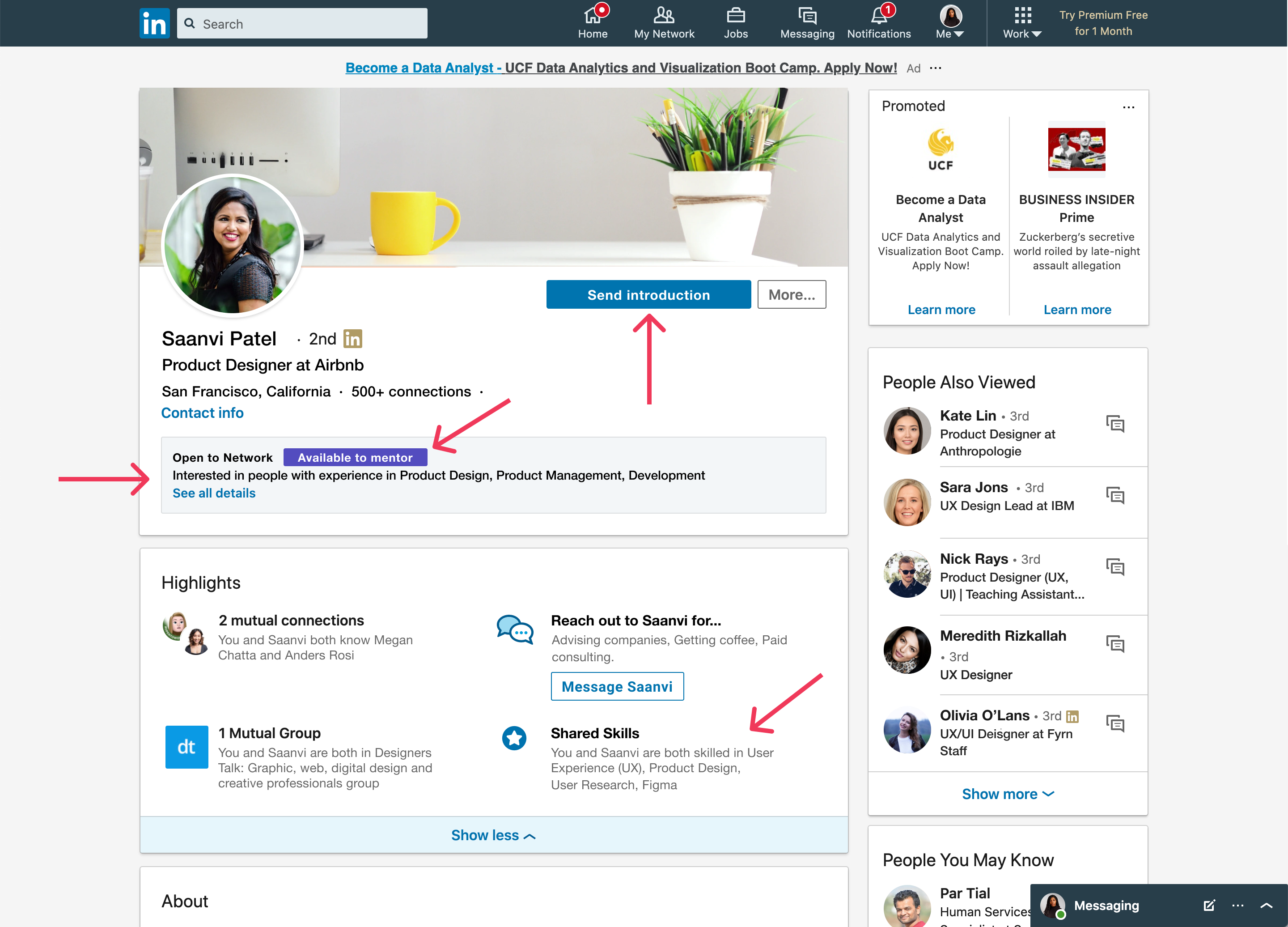 The following screen is one's own profile. From there, users are able to view and edit their own networking preferences.

To evaluate the efficacy of the homepage and application process, I conducted usability tests on 4 participants.

There were minor concerns about the function of certain buttons and hesitation around some areas, so I addressed those by providing additional instruction around new features and reformatting of certain areas.

To optimize and expand this feature, I would: